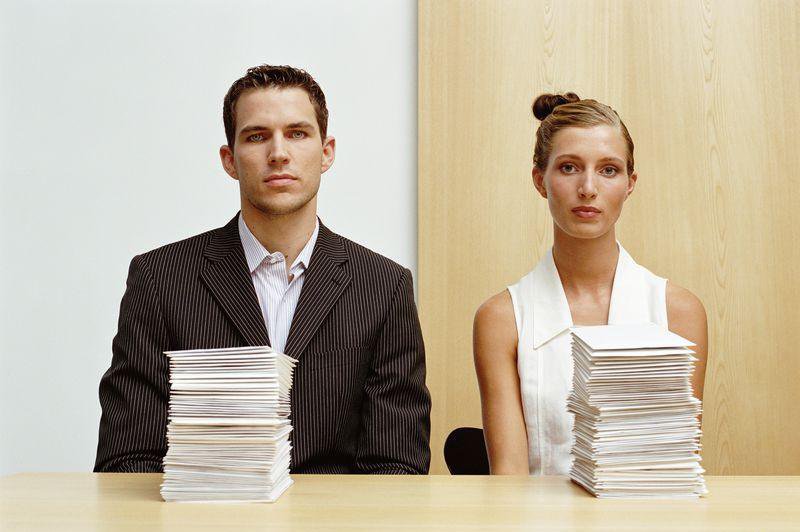 According to the general rule established by the legislator, upon dissolution of a marriage, the debt between “future spouses” is divided in half, as well as other property acquired by them in marriage. However, this is not a panacea, as there is an exception to each rule.
Duty – there is nothing else than an obligation of a financial nature, and can arise in a variety of areas of legal relations. Debts can be considered as various obligations, such as the return of a loan to an individual, the repayment of credit debts, obligations related to the compensation of various types of losses (due to damage to property of third parties or a traffic accident), and even the payment of utility bills.
If the debt arose during the parties’ stay in the marital union and the money borrowed was spent on the family’s purposes, it will be considered a joint debt of the spouses.
For spouses, the following obligations are recognized as joint/common:
– contractual (one spouse is a borrower, the other is a guarantor);
– when the man and woman are equal borrowers;
– when the borrower is one person, but the borrowed money has been spent on family needs (e.g., the husband or wife has taken out a loan (borrowed)) for any repair/construction work, for the purchase of appliances, an apartment, or for the study of a child).

Such obligations will be recognized as mutual, and in case of divorce the debts will be shared equally (of course, if it is proved that the money was borrowed for family purposes).
Proving that the money borrowed was spent for family purposes is quite simple. This can be confirmed by: the purpose for which the loan was taken (travel, purchased item), documents (such as vouchers and tickets or sales receipt), the presence of the most purchased item (say, if the financial capacity of the family does not allow you to buy such things without a loan or credit – confirmed by a certificate of income or testimony of witnesses).
But not any debt incurred during the marriage can be considered as a common debt of the spouses and in case of divorce should be divided in half. Here, however, it will be more difficult to prove that the money borrowed is not spent on the goals of the family, and to meet the needs of only one of the spouses.
The following obligations can be classified as personal debt:
– those that arose before the marriage (taking into account the debts of the communal services);
– related to the payment of various material compensations (e.g., for an offence committed by a husband or wife, alimony or other material assistance);
– The money spent on the personal needs of one of the spouses (for the treatment of parents, children from a previous marriage, for the repair of a private apartment).

The debt will not be considered to be total if it arose at a time when the husband’s and wife’s family relations were actually terminated, but such termination was not documented by a document certifying the dissolution of the marriage. But to recognize such debts as individual/personal, and not “earned in marriage”, it is possible only in court. Thus, it is necessary to try very hard to prove to court that in that period when there was a debt, seed relations have been stopped. This will be helped by a qualified family lawyer, who will prepare the necessary evidence and witnesses for the trial.

Our life is so multifaceted that sometimes presents a situation out of the ordinary. Rarely when the divorce process is “amicable” (so rare that can even be considered a myth). But there are also such divorce processes, where the spouses are allowed to go into all the hardships. For example, when a husband or wife creates an artificial/factual debt due to a banal resentment or a desire to “heat” the former or former and increase his share in the division of property.
Litigation over artificially created debts is quite complicated. In this case, it is necessary to look for convincing arguments and material (documentary) evidence of deception. Here can only help an experienced lawyer on divorce processes.
As it was already told in the beginning, as a general rule, the property at divorce is divided by the principle of equality. It is believed that both husband and wife are equally responsible for the repayment of debts arising from the moment of stamping in the passport and until the receipt of the official document of divorce.
But at first we also said that every rule has an exception. Thus, when considering the case of division of property of spouses, the judge, at his discretion, can depart from the “principle of equality and joint and several liability” and significantly “mow” the debt obligations of one of the parties, naturally, thereby increasing the debt obligations for the other party. This is possible if the court finds that the property rights of one of the parties have been violated, for example, if the spouse has not provided for the child, has misappropriated or spoiled the family property (it does not matter whether it was done intentionally or through negligence).

The division of the debt of the spouses in court, occurs taking into account the statute of limitations. Thus, it is possible to apply to the court within three years after the dissolution of the marriage or after one of the spouses learned about the other party’s outstanding debt obligations (which, of course, will need to be properly proven).
Our law firm will help you properly competently draw up a statement of claim on the division of debts in the divorce, and highly qualified lawyers will help defend the rights and interests in the face of the law.